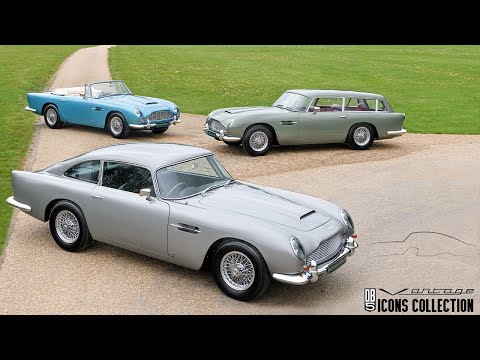 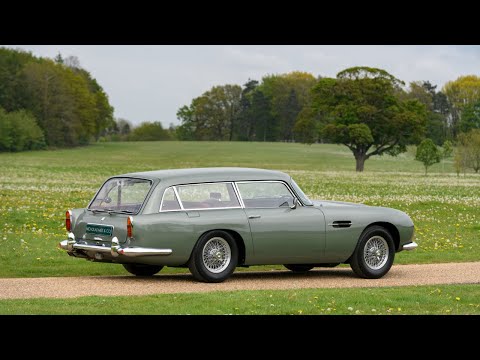 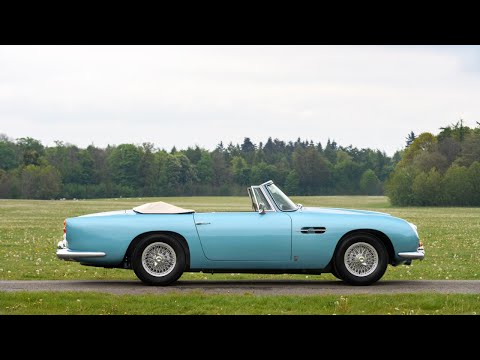 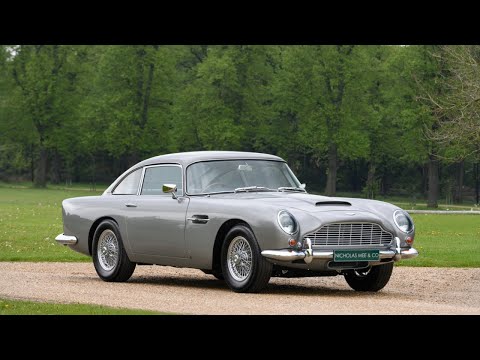 With just over 1,000 examples of the iconic Aston Martin DB5 built, to see one – let alone have the chance to buy one – is a moment to be cherished. But even among DB5s, connoisseurs look for those rarer still: the performance-enhanced Vantage versions, with less than 70 ever built. Now, we are delighted to offer for a sale a once-in-a-lifetime trio of these DB5 Vantage icons, uniquely in Coupé, Convertible and one-of-one Shooting Brake variations.

The Aston Martin DB5 itself is perhaps the most iconic British car of all time, best known as car of choice for James Bond himself, appearing first in the ‘60s but also making a reappearance in the very latest from the 007 franchise – its appeal is enduring.

Developed from the DB4 Series V, the DB5 came fitted with a number of styling and driveability upgrades. The engine was enlarged from 3.7 litres to 4 litres, with power in standard models increased to 282hp, but Vantage-specification cars like those in this trio gained an extra 40hp. Even by today’s standards the 0-60mph time of 6.5 seconds that the DB5 Vantage is capable of is mightily fast.

Although each example in this collection is rare, none can quite match the DB5 Shooting Brake Vantage; the only such example to have been produced. Reputedly first built to accommodate former Aston Martin Chairman David Brown’s gundog and polo equipment, this more practical estate version DB5 proved so popular that 11 customers requested the new design. This unique example was commissioned by dealers Cyril Williams of Wolverhampton and is the only Vantage example to have left the factory. With a hand-built aluminium body built by London based coachbuilders Harold Radford & Sons, this shooting brake was delivered to its first owner in 1966 and is finished in California Sage over Red hides.

Alongside the Shooting Brake sits a DB5 Vantage Convertible, an icon of the swinging sixties which has found favour with Ralph Lauren, Peter Sellers and Elle Macpherson. In total, only 123 were built and only five such examples were completed to Vantage specification, including the car offered here. Finished in the period colour combination of Caribbean Pearl Blue with White Gold hide interior and matching hood, it’s a perfect reflection of the best of the Swinging Sixties.

Lastly and perhaps the most iconic, is the DB5 Vantage Coupe. Seen regularly on the Silver Screen whilst being driven to great effect, by action hero James Bond, it has become a verified cultural icon. The DB5 Coupe has for over 50 years been synonymous with the 007 character on screen and a universal symbol of the Aston Martin brand. The Silver Birch coloured dream car in the collection has a Black hide interior, the same colour combination as Bond’s beloved car.

Collected over a 12-year period, never before have these three most coveted examples been offered as a collection. Every one of them has been fully restored to the very highest standards by leading Aston Martin restoration specialists, allowing them to be enjoyed in as-new condition.

Each car has a detailed history file populated with original build details, BMIHT certificates, maintenance records, ownership documentation and restoration particulars, detailing the stories of each individual car from their build dates, to today.

Available for viewing now at our Hertfordshire showrooms.

-Total production of DB5, all models including convertibles: 1021